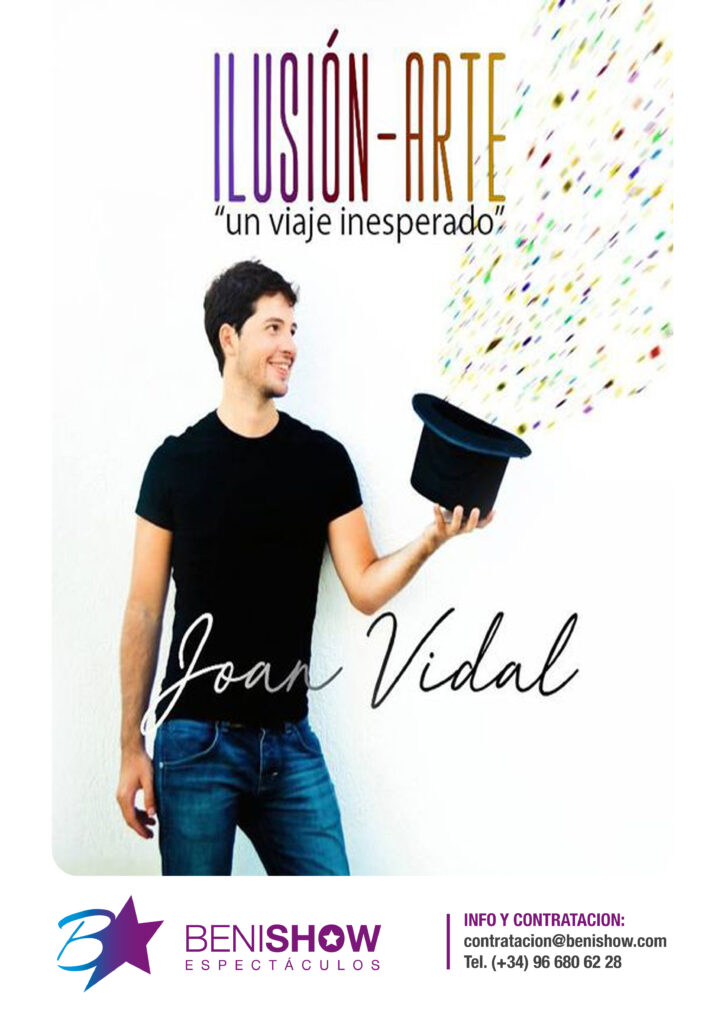 Feel, make yourself comfortable: the show is going to start!

Magic is the art of the impossible. Don’t blink because you’ll miss it!

Illusion- Art is a spectacle in which comedy and the impossible walk hand in hand through a world that does not understand our natural laws.

Apparitions, disappearances, impossible trips, predictions, levitations… are just some of the illusions you can live in.

The artist: At age 7, he discovers a life-changing magic book at his grandparents’ house. During his childhood he trained in a self-taught way, reading and watching other magicians on television. At the age of 18 he made his stage debut and soon began his performances in cafes, party rooms, hotels, restaurants and theaters.  At the age of 22 after completing his industrial engineering career, he decided to dedicate himself professionally. During the last few years he received theatrical training. He is currently Elche’s official TV magician and specialist in close-up magic.