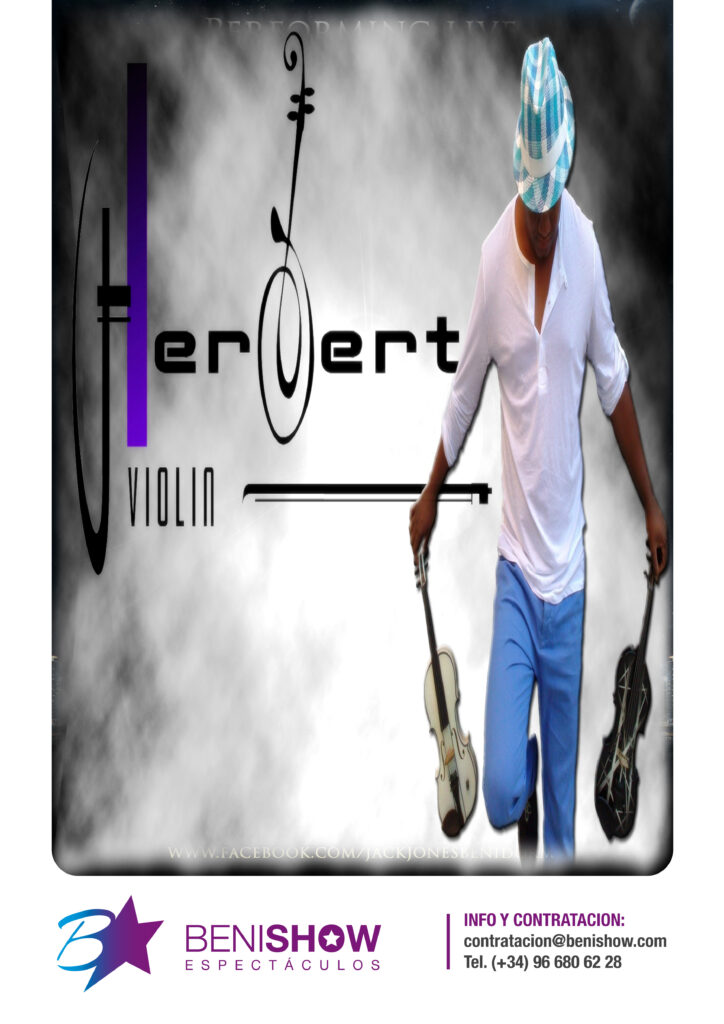 Herbert Jones  graduated with honors as a  violin teacher and player at the National School of Arts in Havana, Cuba and started his professional career playing at the National Symphonic of  Havana and  ‘Diapason’ quintet; ensemble specialized  in  classical  and cuban music, Latin Jazz among other  styles where he  used to show  his talent as a jazz player with  his  improvisations.

Since the last few years, Herbert Jones  started to fusion the music ‘House’ with the electric violin adding a particular form of improvisation based  on the  Latin Jazz with very good reviews from the public and gigging in a lot of clubs in Europe.