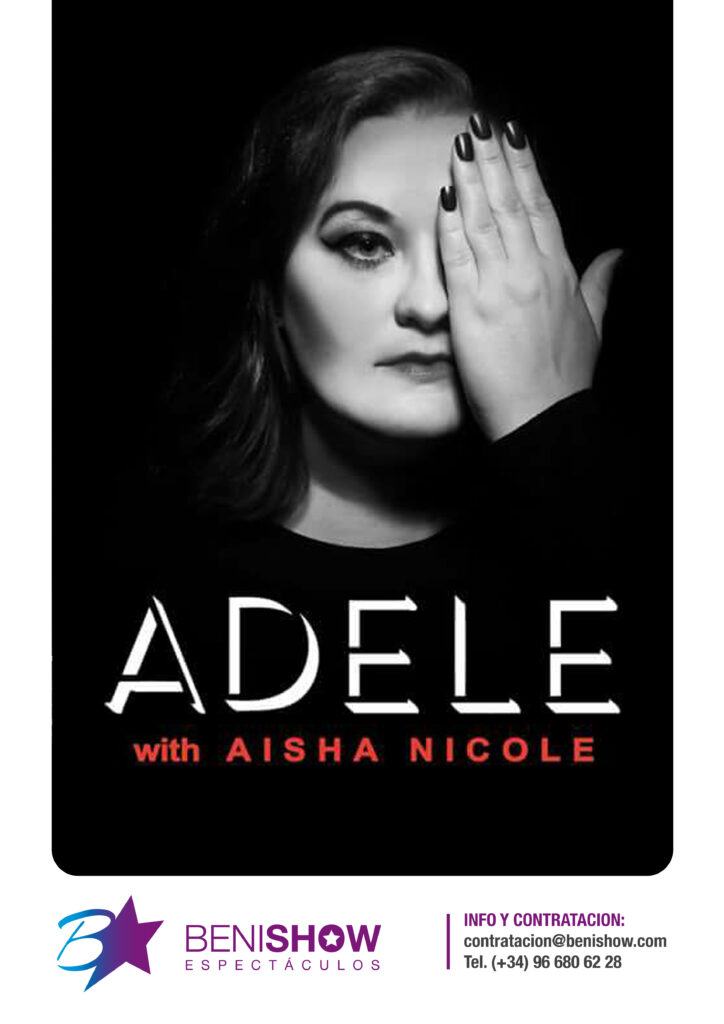 After years of hard work and dedication, Adele is now a household name, adored worldwide by millions of fans due to her outstanding vocal range and heart felt lyrics. Her lost loves and betrayal are portrayed beautifully in her lyrics making her one of the best song writers of today. Adele has come along way since releasing her first album “19” all the way back in 2007 and now in 2012 she is an award winning artist with numerous awards under her belt.

There are many tribute shows on the Costa Blanca, however this tribute to Adele really showcases a voice which should be witnessed by everyone!

A phenomenal Voice is an understatement with this show and for any Adele fans, you will definitely not be disappointed.

She brings you all the hits from both albums “19” and “21” including “Someone Like you”, “Rolling In the deep”, “Set fire to the Rain”, “Rumour Has it” and also taking you all the way back to Adele’s first hit “Chasing Pavements”.

Aisha has worked as a singer in the Costa Blanca for many years and due to this the delivery of her performance is brought to you as a true professional. Her mannerisms, personality and delivery all create a show which has been put together with great detail and research, giving any Adele fan the perfect night out! The

Number 1 Tribute to Adele!! Not to be missed!!